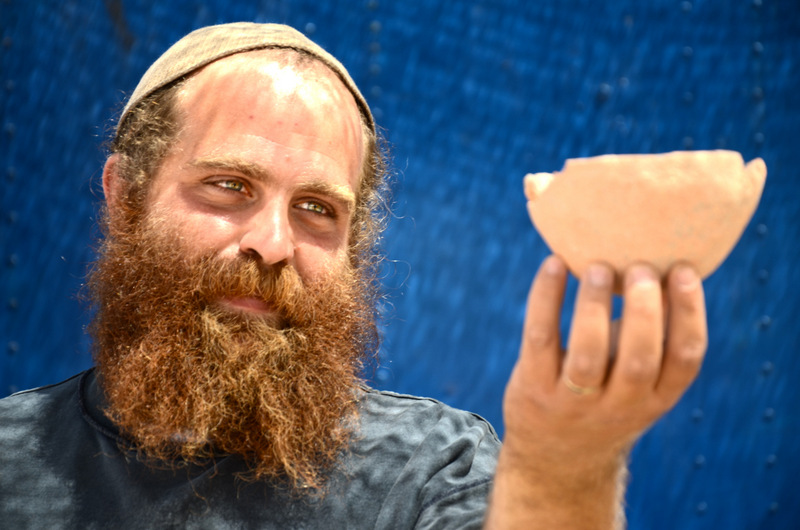 A section of a stepped street paved in stone slabs, going south in the direction of the Shiloach Pool was discovered in excavations conducted by the Israel Antiquities Authority in the Shiloach Pool Excavation at the City of David in the Jerusalem Walls National Park. The excavations are conducted in cooperation with the Israel Nature and Parks Authority, funded by the Elad Foundation, under the auspices of Prof. Ronny Reich of Haifa University and Eli Shukron of the Israel Antiquities Authority.

The existence of this road has been known about for over one hundred years, since it was first discovered between 1894 and 1897 by Prof. Frederick J. Bliss and Archibald C. Dickey of the British Palestine Exploration Fund, and then covered and filled in at the end of their excavation. Other sections of this same road, to the north, have been excavated and covered over in the past, including during the excavations of Jones in 1937 and Kathleen Kenyon from 1961-1967.

This section of the stepped street was discovered at a distance of 550 meters south of the Temple Mount. The road represents the central thoroughfare of Jerusalem that ascended from the north-west corner of the Second Temple Shiloach Pool to the north.

According to Prof. Ronny Reich, "In the Second Temple Period, pilgrims would begin the ascent to the Temple from here. This is the southernmost tip of the road, of which a section has already been discovered along the western face of the Temple Mount."

The current excavation has been concentrated in a very narrow strip (1-2 meters in width) in the western sections of the road. Essentially, the excavation work removed the earth that had been filled in by previous excavators over the sections they already discovered. This section of road is built in the Second Temple style, which comprises alternating wide and narrow steps.

Further work must be done to clarify what the relationship was between the current excavated section and the section of the road and the drainage channel that were discovered nearby two years ago.
Posted by Jonathan Kantrowitz at 8:31 AM