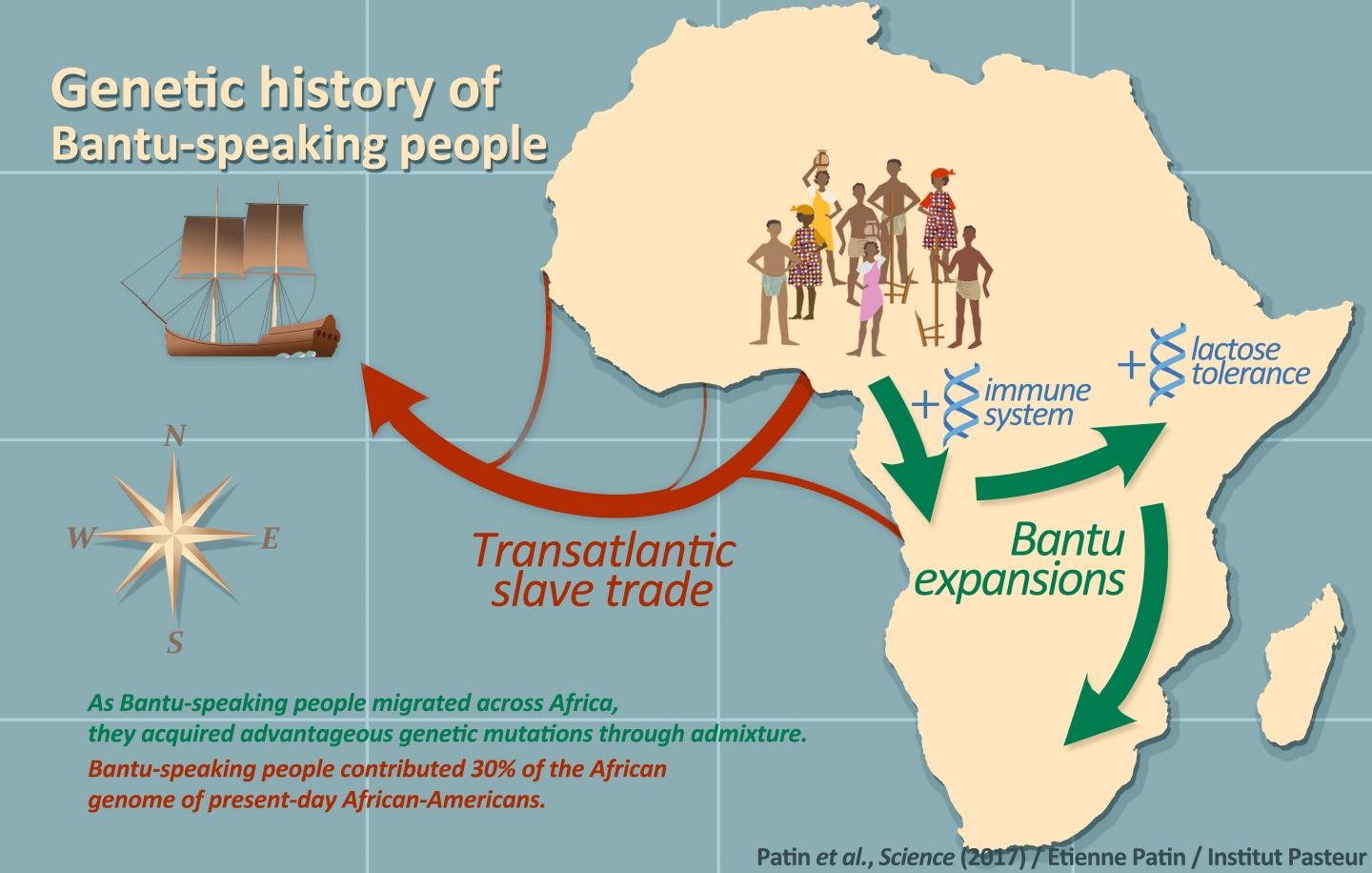 As Bantu-speaking people migrated across Africa, they acquired advantageous genetic mutations through admixture. This material relates to a paper that appeared in the May 5, 2017, issue of Science, published by AAAS. The paper, by E. Patin at Institut Pasteur in Paris, France, and colleagues was titled, "Dispersals and genetic adaptation of Bantu-speaking populations in Africa and North America."
CREDIT
Patin et al., Science (2017) / Etienne Patin / Institut Pasteur

Researchers have used genetic analysis to model the much-debated migration paths, and mingling patterns, of Bantu-speaking people as they disseminated across Africa. Their results reveal how Bantu-speaking peoples (BSPs), which today account for one-third of sub-Saharan Africans, attained gene variations associated with resistance to malaria and lactose digestion. They also shed light on the genetic diversity of modern African-Americans. Many aspects of BSP genetic history, including how they dispersed from western central Africa throughout the continent and whether they acquired advantageous genes in the process, remain unknown.

To gain more insights, Etienne Patin et al. analyzed a total of 548,055 high-quality single nucleotide polymorphisms of 2,055 modern individuals from 57 populations across Africa. Using modelling software, the researchers found that BSPs first moved southward through the rainforest before migrating further south and east, which has been debated. As they dispersed through the rainforest, BSPs encountered local populations of rainforest hunter-gatherers (RHGs), resulting in an admixture event roughly 800 years ago.


Posted by Jonathan Kantrowitz at 7:13 AM