Middle Stone Age humans in the Porc-Epic cave likely used ochre over at least 4,500 years, according to a study published May 24, 2017 in the open-access journal PLOS ONE by Daniela Rosso from the University of Barcelona, Spain, and the University of Bordeaux, France, and colleagues. 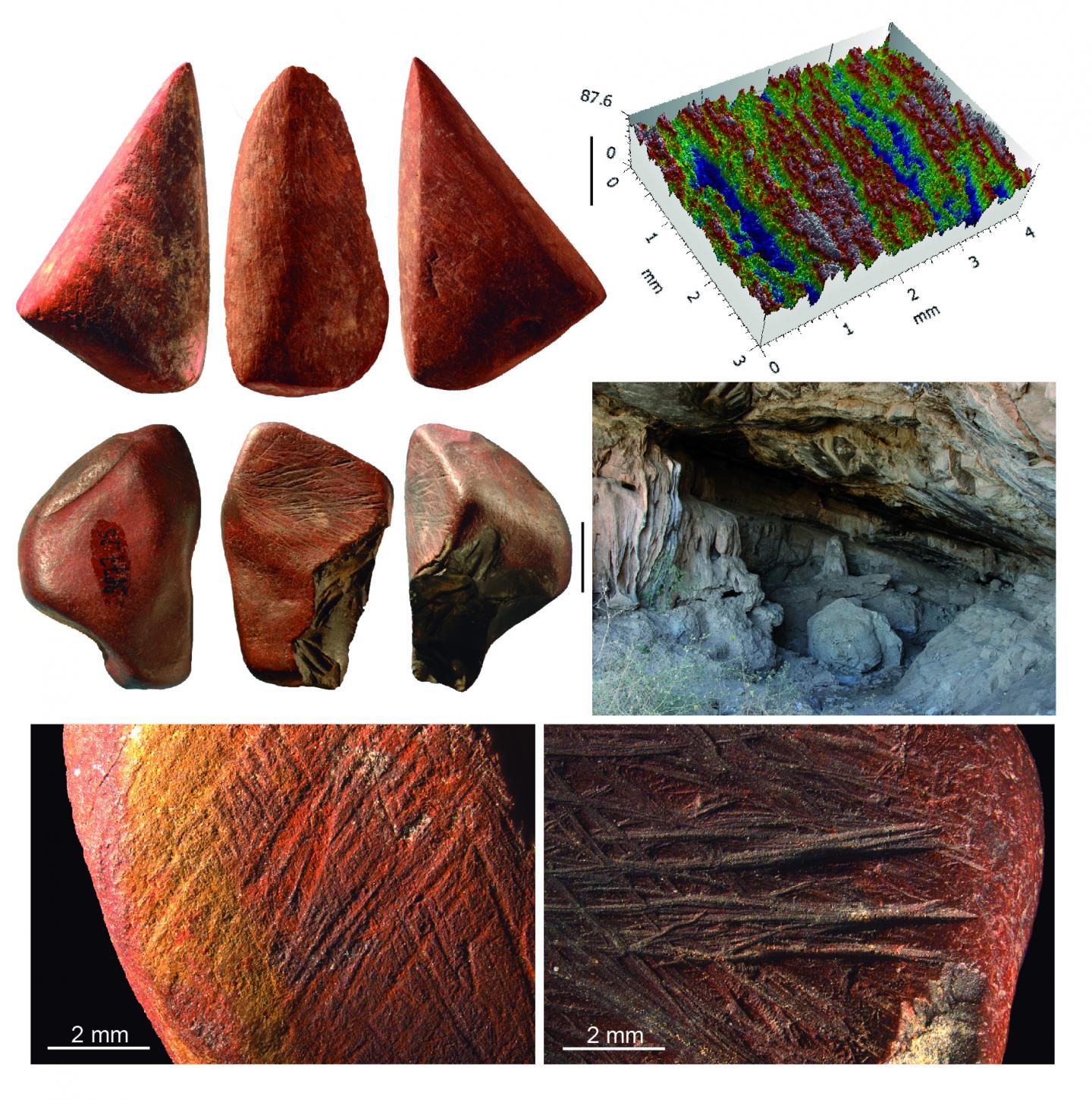 Images of ochre, the iron-rich rock characterized by a red or yellow color, that was found at many Middle Stone Age sites.


Ochre, an iron-rich rock characterized by a red or yellow color, is found at many Middle Stone Age sites. The largest known East African collection of Middle Stone Age ochre, found at Porc-Epic Cave in Ethiopia, weighs around 40kg and is thought to date to ca. 40,000 years ago. The authors of the present study conducted a detailed analysis of 3792 pieces of ochre, using microscopy and experimental reproduction of grinding techniques to assess how the ochre was processed and used over a 4,500-year timespan.

The researchers found that the cave inhabitants appeared to have persistently acquired, processed, and used the same types of ochre during this period.

Overall the inhabitants of the cave seem to have processed almost half of the ochre pieces, although the proportion of ochre which had been modified decreased progressively over the period. Whilst flaking and scraping of ochre pieces appeared to have become more common over time, the authors noted a reduction in the proportion of pieces which underwent grinding. The gradual nature of shifts in preferred processing techniques may indicate that they resulted from cultural drift within this practice.

Intensively modified ochre pieces show ground facets likely produced with different types of grindstones, at different times. According to the authors, these pieces were probably curated and processed for the production of small amounts of ochre powder. This is consistent with use in symbolic activities, such as the production of patterns or body painting, although a use for utilitarian activities cannot be discarded.

Whilst the increase of ochre use in certain layers could be explained by refining the dating of the sequence and acquiring environmental data, these authors state that their analysis of ochre treatment seems to reflect a "cohesive behavioral system shared by all community members and consistently transmitted through time."

Posted by Jonathan Kantrowitz at 1:44 PM