The earliest evidence of the arrival of eggplants in this Israel has come to light in the City of David, the archeological site of ancient Jerusalem: A 1,100-year-old refuse pit found in Israel Antiquities Authority excavations in the Jerusalem Walls National Park reveals dietary habits in the Early Islamic period


When did eggplants first arrive in Israel? A 1,100-year-old refuse pit, discovered in archaeological excavations at the stepped street in the City of David in the Jerusalem Walls National Park, may provide an answer. Eggplant seeds were identified in the pit, which dates from the Early Islamic period (also called the Abbasid period - 750-940 CE). These seeds, the earliest evidence of eggplants known in this country, were found alongside thousands of grape seeds, olive and Christ's thorn jujube pits, black mulberries, lentils, figs and more. The refuse pit was uncovered in an Israel Antiquities Authority excavation on the stepped street in the City of David, in collaboration with the Israel Nature and Parks Authority and funded by the City of David Foundation. 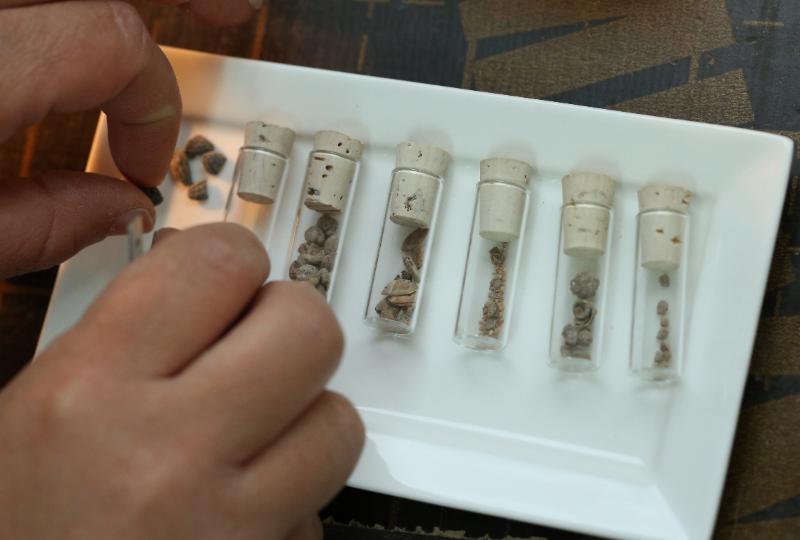 According to Nahshon Szanton, excavation director for the Israel Antiquities Authority: "As a natural outcome of their activity, workshops and markets created a great deal of garbage that sometimes was buried in refuse pits and cesspits that were dug nearby. Archaeological findings from the refuse pits provide tangible evidence of what written historical sources of the period have to say, and provide valuable information about the diet, lifestyle and economic and trade connections of the inhabitants of Jerusalem and neighboring countries 1,000 years ago. The eggplant seeds, which originated in Persia, are just one example of the research potential of ancient refuse." 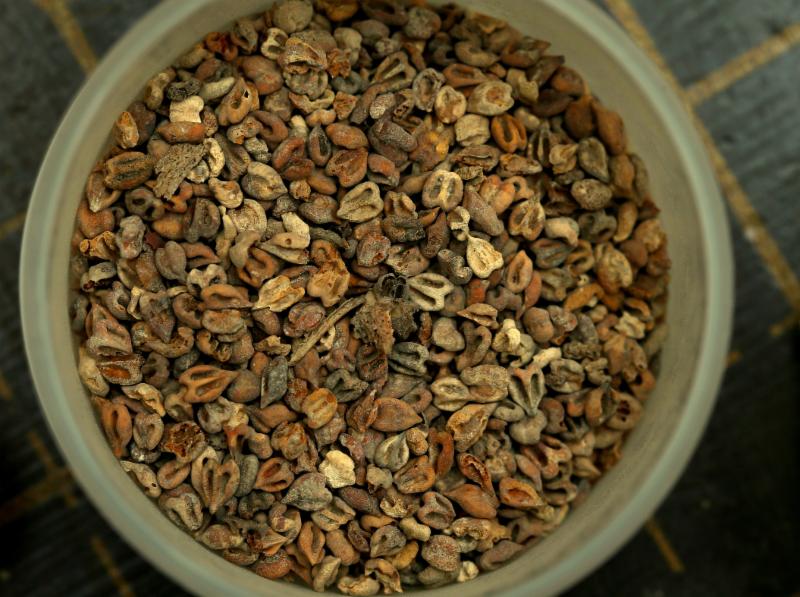 In the refuse pit that was discovered along the Second Temple Period Pilgrimage Road in the City of David, was discovered various vessels. Among them was an ancient lamp bearing the inscription "baracha" or blessing, in Arabic. Also found were bones from cattle, fish and birds, as well as many types of seeds. These represent a variety of foods and vegetable products - legumes, fruit and vegetables, as well as edible wild grasses that were also used as spices and for medicinal purposes. The contents of the pit are now being studied intensively by Oriya Amichay and Nahshon Szanton for the Israel Antiquities Authority, in cooperation with Bar-Ilan University's Archaeo-Botany Laboratory, headed by Prof. Ehud Weiss. 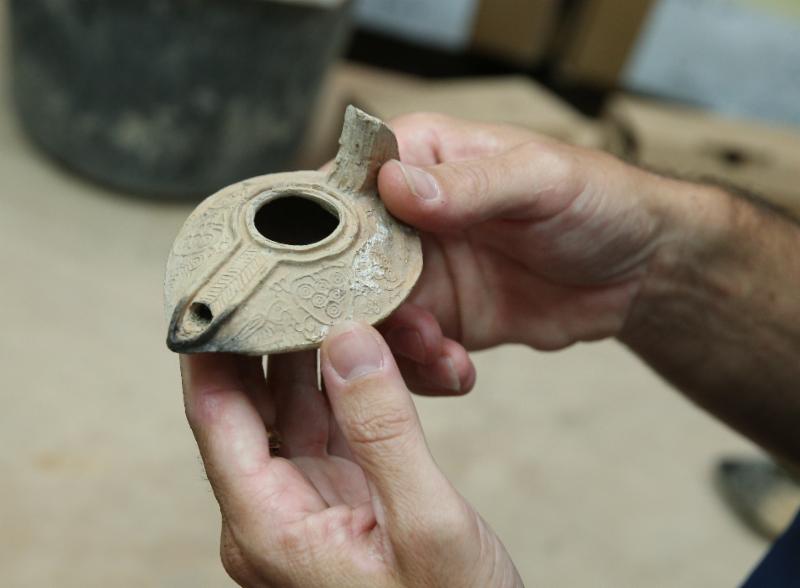 According to the scholarsAmichay andSzanton : "Finding thousands of grape seeds in refuse pit could attest to industrial activity involving grapes. Wine may have been produced here, or, more likely, grape honey (dibes). We know that with the Muslim conquest grape honey production became more prevalent in the area while wine production declined due to the Muslim religious ban on alcoholic beverages." 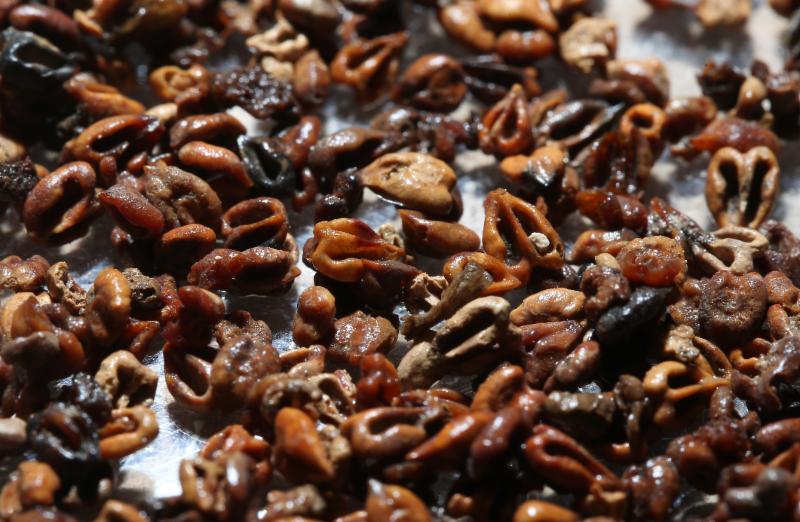 To the researchers' surprise, eggplant was also discovered among the many botanical species found in the pit. The discovery of the earliest eggplant seeds in this country and dating them to the Abbasid period provides important information about how eggplant first became part of local agriculture. According to the scholars: "The Arab conquest increased the extent of commerce in this country in general and in the Jerusalem area in particular. This gradual process led to changes in the diet of the local inhabitants due to the arrival of new species and tastes in our region, in addition to those already familiar in the local cuisine up to that time." 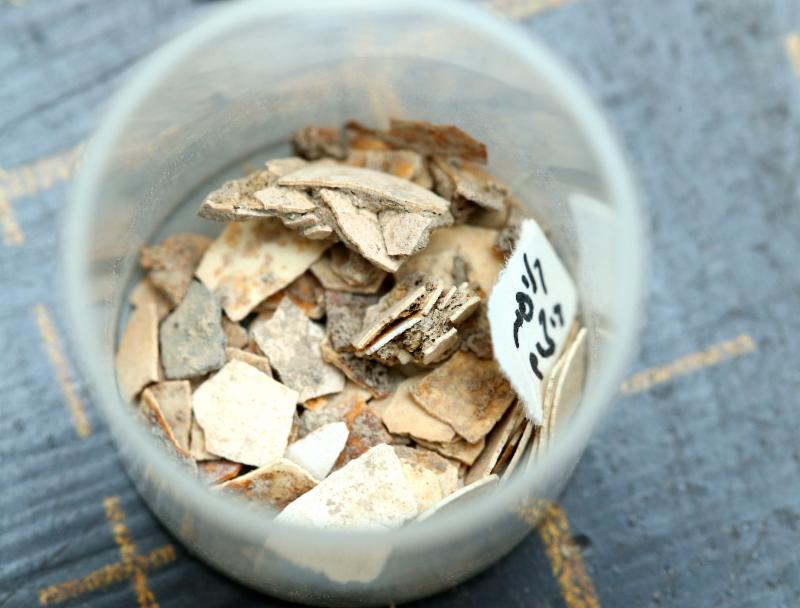 The scholars note that the botanical finds were uncovered due a rare mineral phenomenon: "In Israel, organic finds are usually preserved if they become carbonized as the result of a fire or when the site is in an area where weather conditions delay the breakdown of the material (for example in the Judean Desert). In contrast to these types of preservation, the botanical finds in the refuse pit on the stepped street in the City of David, like material found in refuse pits discovered in the past in excavations at the nearby Givati Parking Lot, were preserved in a unique way: The components of the seeds underwent a mineral process that rendered them inorganic - their outer form did not change and the seeds did not decompose, but rather were preserved in the pit until they were recovered during the excavation.