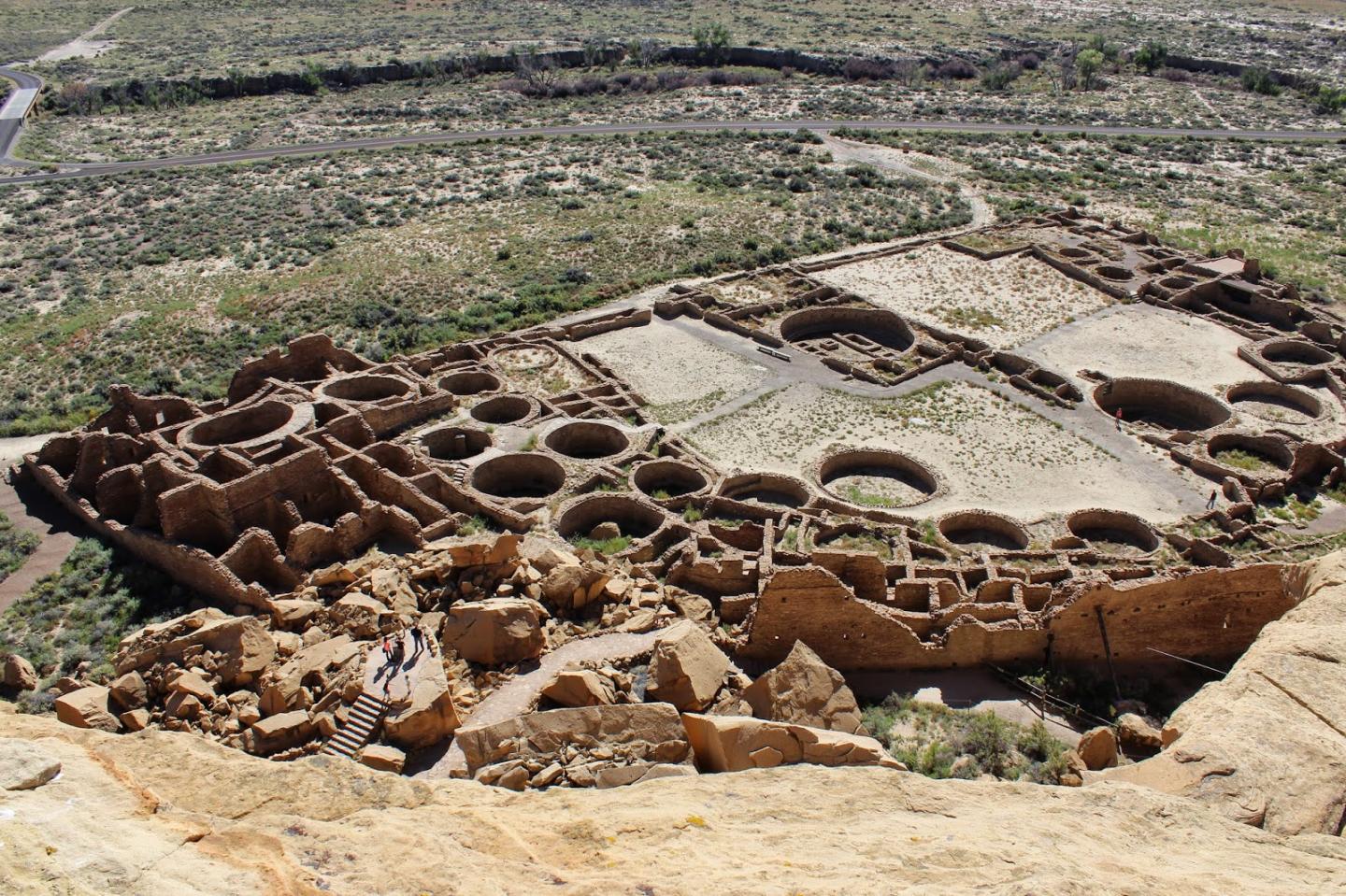 
CREDIT: NPS
The ancient inhabitants of New Mexico's Chaco Canyon, the zenith of Pueblo culture in the Southwest a thousand years ago, likely had to import corn to feed the multitudes residing there, says a new University of Colorado Boulder study.

CU Boulder scientist Larry Benson said the new study shows that Chaco Canyon - believed by some archeologists to have been populated by several thousand people around A.D. 1100 and to have held political sway over an area twice the size of Ohio - had soils that were too salty for the effective growth of corn and beans.

"The important thing about this study is that it demonstrates you can't grow great quantities of corn in the Chaco valley floor," said Benson, an adjunct curator of anthropology at the University of Colorado Museum of Natural History. "And you couldn't grow sufficient corn in the side canyon tributaries of Chaco that would have been necessary to feed several thousand people.

"Either there were very few people living in Chaco Canyon, or corn was imported there."

A paper by Benson was published online in the Journal of Archaeological Science: Reports.

Between the ninth and 12th centuries, Chaco Canyon (officially the Chaco Culture Natural Historic Park) located in the San Juan Basin in north-central New Mexico was the focus of an unprecedented construction effort, said Benson. At the height of its cultural heyday, 12 stone masonry "great houses" and other structures were built there, along with a network of ceremonial roads linking Chaco with other Pueblo sites in the Southwest.

As part of the study, Benson used a tree ring data set created by University of Arizona Professor Emeritus Jeff Dean that showed annual Chaco Canyon precipitation spanning 1,100 years. The tree rings indicate the minimum amount of annual precipitation necessary to grow corn was exceeded only 2.5 percent of the time during that time period.

Benson suggests that much of the corn consumed by the ancient people of Chaco may have come from the Chuska Slope, the eastern flank of the Chuska Mountains some 50 miles west of Chaco Canyon that also was the source of some 200,000 timbers used to shore up Chaco Canyon masonry structures. Between 11,000 and 17,000 Pueblo people are thought to have resided on the Chuska Slope prior to A.D. 1130, he said.

Winter snows in the Chuska Mountains would have produced a significant amount of spring snowmelt that was combined with surface water features like natural "wash systems," said Benson. Water concentrated and conveyed by washes would have allowed for the diversion of surface water to irrigate large corn fields on the Chuska Slope, he said.

"There were timbers, pottery and chert coming from the Chuska region to Chaco Canyon, so why not surplus corn?" asks Benson, a former U.S. Geological Survey scientist.

Many archaeologists are still puzzled as to why Chaco Canyon was built in an area that has long winters, marginal rainfall and short growing seasons. "I don't think anyone understands why it existed," Benson said. "There was no time in the past when Chaco Canyon was a Garden of Eden."

Posted by Jonathan Kantrowitz at 12:50 PM