The Israel Antiquities Authority’s Theft Prevention Unit (“The Unit”) had there eyes on a resident of Kfar Kana for some time. Twice he had been caught red-handed using a metal detector without a permit and digging at antiquities sites without authorization. On both these occasions the perpetrator was tried in court, convicted, and sentenced to a fee. Nonetheless, the robber was undeterred. In collaboration with the Kfar Kana Police department, The Unit arrested the suspect for questioning, and searched his house. As a result, they recovered a cache of 232 ancient coins.

The Unit’s investigators identified coins from the Persian, Hellenistic, Roman, Byzantine and Ottoman periods, representing about 2000 years of history. According to Dr. Eitan Klein, The Unit’s Deputy Director, coins are of particular scientific value because they can be used to date antiquities sites with great accuracy. Klein says, “A coin stolen from an antiquities site is an important piece of information that will be missing when archaeologists want to carry out an archaeological excavation, and in fact is a missing part of the historical puzzle of Israel.” 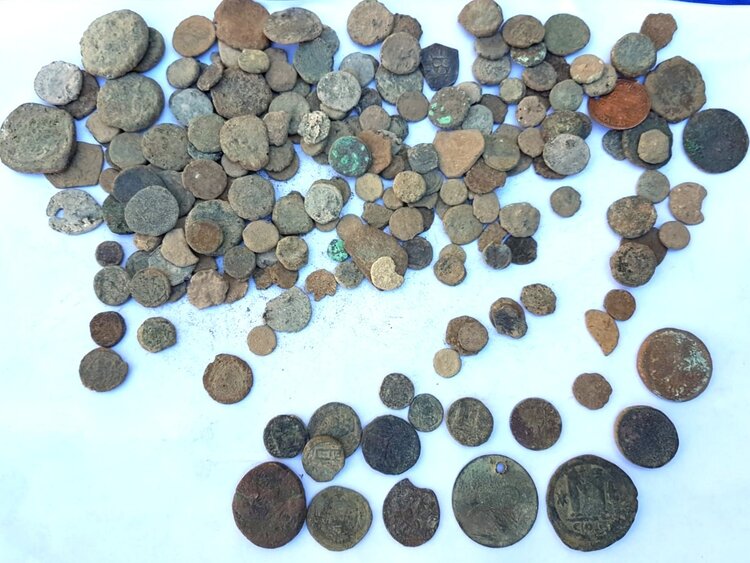 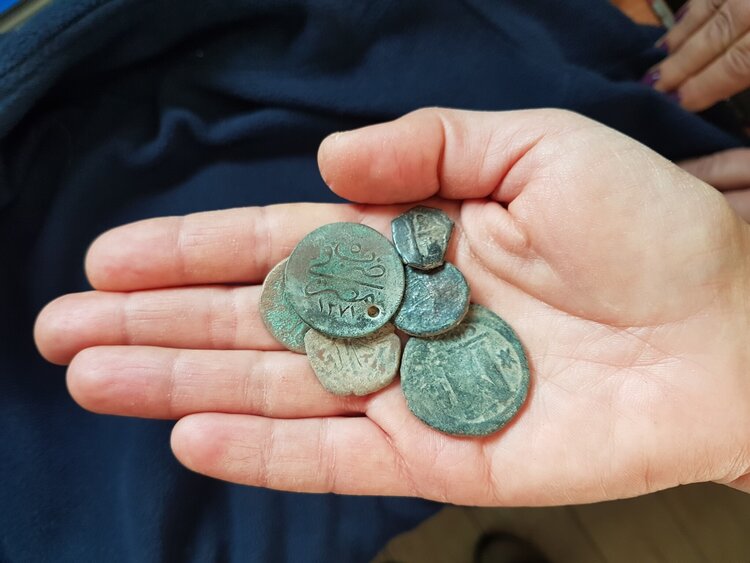 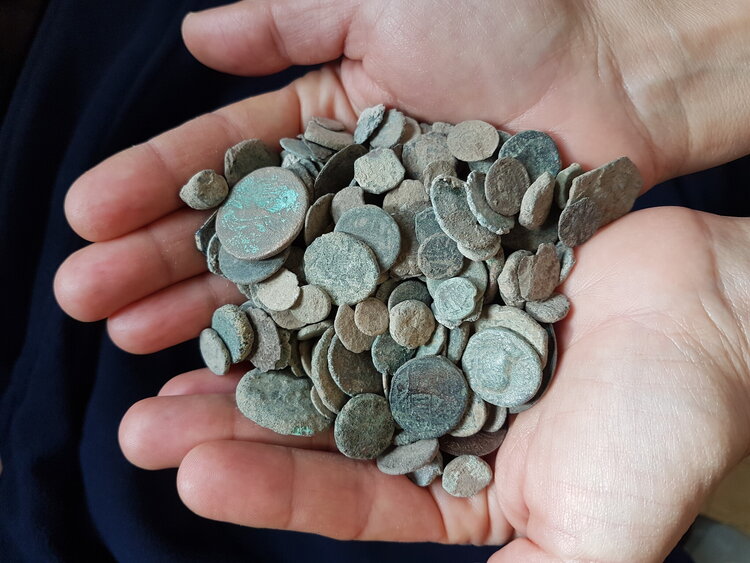 Posted by Jonathan Kantrowitz at 5:16 AM