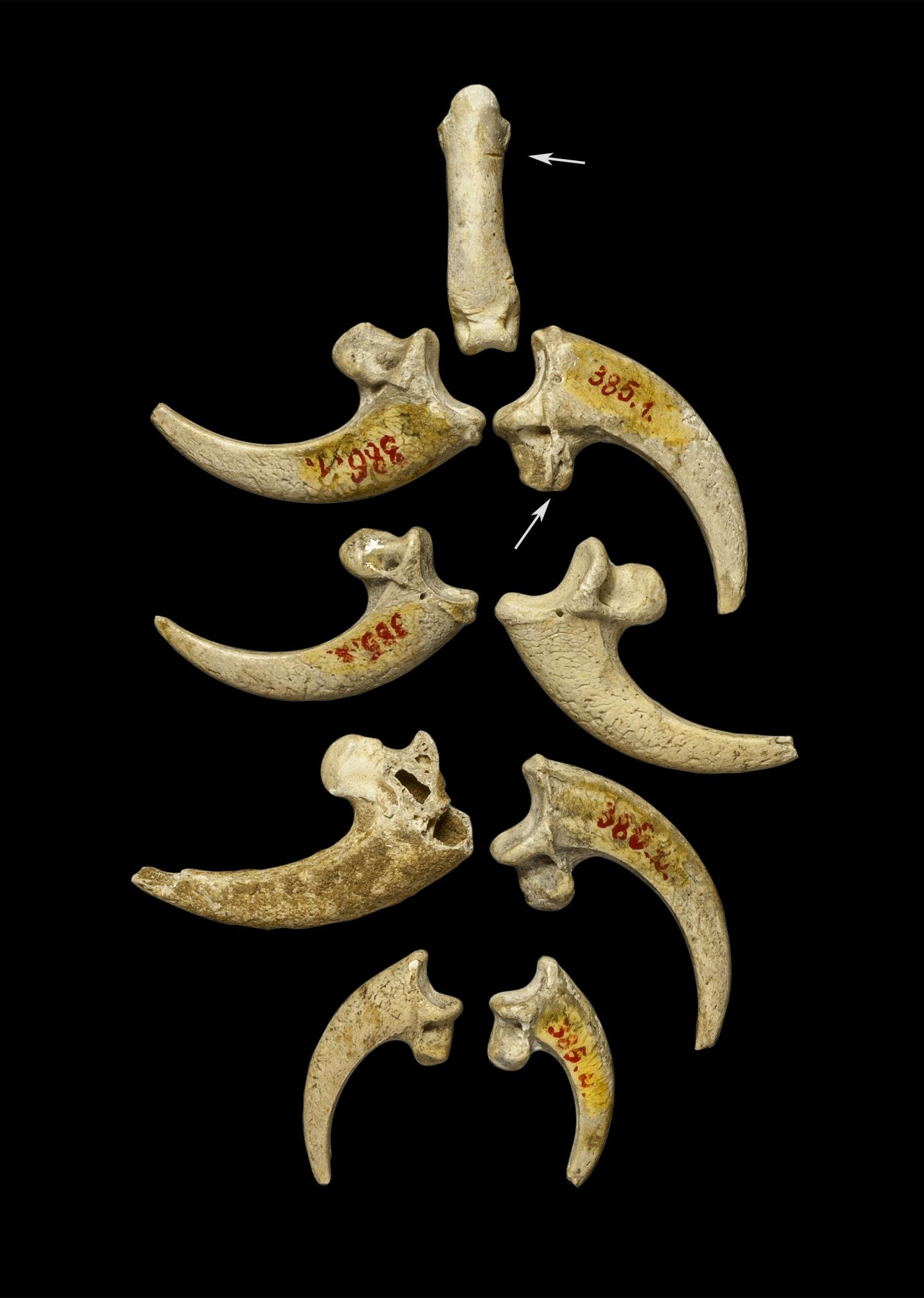 AN IMAGE OF WHITE-TAILED EAGLE TALONS FROM THE KRAPINA NEANDERTAL SITE IN PRESENT-DAY CROATIA, DATING TO APPROXIMATELY 130,000 YEARS AGO, MAY BE PART OF A JEWELRY ASSEMBLAGE.
CREDIT: LUKA MJEDA, ZAGREB
Krapina Neandertals may have manipulated white-tailed eagle talons to make jewelry 130,000 years ago, before the appearance of modern human in Europe, according to a study published March 11, 2015 in the open-access journal PLOS ONE by David Frayer from University of Kansas and colleagues from Croatia.

Researchers describe eight mostly complete white-tailed eagle talons from the Krapina Neandertal site in present-day Croatia, dating to approximately 130,000 years ago. These white-tailed eagle bones, discovered more than 100 years ago, all derive from a single time period at Krapina. Four talons bear multiple edge-smoothed cut marks, and eight show polishing facets or abrasion. Three of the largest talons have small notches at roughly the same place along the plantar surface.

The authors suggest these features may be part of a jewelry assemblage, like mounting the talons in a necklace or bracelet. Some have argued that Neandertals lacked symbolic ability or copied this behavior from modern humans, but the presence of the talons indicates that the Krapina Neandertals may have acquired eagle talons for some kind of symbolic purpose. They also demonstrate that the Krapina Neandertals may have made jewelry 80,000 years before the appearance of modern humans in Europe.

"It's really a stunning discovery. It's one of those things that just appeared out of the blue. It's so unexpected and it's so startling because there's just nothing like it until very recent times to find this kind of jewelry," David Frayer said.

Posted by Jonathan Kantrowitz at 1:17 PM