Unraveling the causes of the Ice Age megafauna extinctions 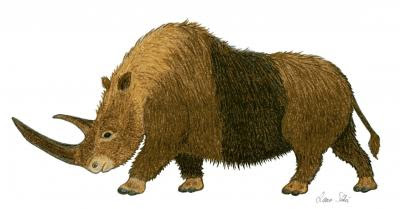 IMAGE: This is a drawing of a woolly rhino. Credit: Laura Saila

Was it humans or climate change that caused the extinctions of the iconic Ice Age mammals (megafauna) such as the woolly rhinoceros and woolly mammoth?

For decades, scientists have been debating the reasons behind these enigmatic Ice Age mass extinctions, which caused the loss of a third of the large mammal species in Eurasia and two thirds of the species in North America.

Now an extensive, inter-disciplinary research team, involving over 40 academic institutions around the world and led by Professor Eske Willerslev's Centre for GeoGenetics at the Natural History Museum, University of Copenhagen, have tried to tackle the contentious question in the biggest study of its kind. And the answers are far more complicated than ever imagined.

IMAGE: This is a Beringia winter scene.Credit: George Teichmann

The study, just published online in the journal Nature, reveals that neither climate nor humans alone can account for the Ice Age mass extinctions. Using ancient megafauna DNA, climate data and the archaeological record, the findings indicate dramatically different responses of Ice Age species to climate change and humans. 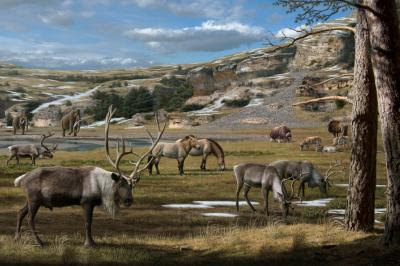 IMAGE: This is a drawing of the Pleistocene landscape.Credit: Mauricio Anton

Eske Willerslev says, "Our findings put a final end to the single-cause theories of the Ice Age extinctions, and suggests that care should be taken in making generalizations not just regarding past and present species extinctions but also those of the future; the impacts of climate change and human encroachment on species extinctions really depends on which species we're looking at."

However, Eline Lorenzen from the University of Copenhagen and lead author of the study says, "We do find that climate change has been intrinsically linked with major megafauna population size changes over the past 50,000 years, supporting the view that populations of many species will decline in the future owing to climate change and habitat loss."

Despite the unparalleled amount of data analysed in this study, the authors find no clear pattern distinguishing species that went extinct from species that survived, suggesting that it will be extremely challenging for experts to predict how existing mammals will respond to future global climate change.
Posted by Jonathan Kantrowitz at 5:25 AM